Over the last few weeks I had the opportunity to spend 10 days in Japan with several high energy and passionate Physical Educators from around New Zealand. The trip was insightful, highlighting a number of key differences between our two countries. One of those differences was in the way school sport is consumed.

As part of the Asia New Zealand Foundation and their Japan Sports Forum, 10 PE teachers were provided the opportunity to head to Japan with the purpose of deepening students connections with Asia, and to increase student knowledge and awareness of Asia so they can be confident engaging with people from the region, both in NZ and in Asia. This was achieved through a number of meetings, presentations and observations.

The programme was extremely full and included:

Despite these amazing experiences and opportunities, the highlight of our trip involved teaching some traditional Maori games to a large group of students from two Japanese High Schools: Oizumi Senior High School (a modern and well resourced school) and Kita Senior High School (a sporting elite school in Atsugi). We observed clear differences between the two schools, but also big contrasts between NZ and Japanese education. While we didn’t get too much insight into a Japanese PE / Health curriculum, we did get a feel for the way school sport was consumed in Japan. Below you will find a brief summary of each school, followed by my thoughts around the contrast between our countries.

As mentioned earlier, this school was quite modern and had a very “American” feel to it. Really wide corridors, artificial turf, running track, HUGE three court gymnasium, separate gymnastics / additional basketball court and to top it off a 25m swimming pool on the roof of the school. These facilities were next level and you would be hard pressed to find similar in a NZ school. Most schools in Japan have dirt playing surfaces because of the challenges they face with such contrasting climates, so an artificial really helped with the delivery of year long Physical Education.

While we were there we observed a typical lesson where students were being taught shot put and javelin. Aside from the separation of male and female students (which is standard practice in Japan), these lessons wouldn’t have looked out of place in a NZ PE lesson. We didn’t get to learn too much about the curriculum or even sport here. We did get an opportunity to quiz one of the PE teachers, but much of that got lost in translation. One thing we picked up on was that while they taught Health, it really seemed to lack a lot of the soft skills we teach. And lacking a philosophy such as Hauora, there didn’t appear to be too much around the mental and emotional teaching that we see in NZ.

Kita Senior High School was not as modern as Oizumi Senior High which was quite apparent as we made our way through the corridors. After meeting the Principal, we were given a full tour of the school, walking past every single classroom on the campus. We noticed the school was much more rowdy here, with classrooms seemingly unsupervised (it may have been lunchtime?), and students who were very quick to practice their English on us and yell out comments about our physical appearances! We found these students to be much more “cheeky” than at Oizumi, which was reinforced during our group lessons with them. A number of boys took a liking to some of the teachers, giving us stick about our instructions and teaching abilities. One thing that was immediately apparent once we arrived at the gym, was that despite the school appearing so run down, the gym would have put many NZ school gyms to shame. Another multi court facility with large baselines and hard wood floors.

As well as teaching 120 students, we also got to observe tennis, football, baseball, volleyball and basketball training in action.

The consumption of school sport in Japan

School sport is consumed considerably different in Japan. Sport for Japanese students begins in what we would call Intermediate School. The term used is “bukatsu” which translates to “club activities”. During Intermediate (or Junior High), students choose their bukatsu of choice. This could be a sporting or cultural activity. Unlike New Zealand, students in Japan will not have any other bukatsu for the remainder of their High School life. Not only that, students spend 2-3 hours in their bukatsu, five days a week for the entire year! This flies in the face of what research is telling us about early specialisation and its impact on student well-being.

These clubs offer a chance to forge friendships with students in other classes and grades, and to develop team spirit and self-discipline. However, it appears parents are becoming increasingly worried with bukatsu often appearing like a junior version of corporate Japan, promoting Japanese values such as endurance and the ability to put the group before yourself. We even observed a pair of female students whose bukatsu was managing the boys baseball team. We watched these students running around having orders barked at them by the coach. At one point they even disappeared to bring out cushions for us to use in the baseball dugout. They were very subservient and we left wondering what skills they were developing or how much enjoyment they were taking from the club.

A common approach to sport and coaching in New Zealand is the distributed practice method. Simply put, distributed practice is where the skill learning is broken up into smaller chunks, allowing for feedback to be taken on board, before the athlete proceeds to the next chunk of skill learning. While not the best approach for all learners and skills levels (it is great for beginners who fatigue easily, make a lot of mistakes and don’t have the knowledge or ability to self correct), it is a very common approach for New Zealand PE teachers and many Secondary School coaches.

The opposite of this is massed practice. This variation is where the skill learning chunks are long, and the rest between is very short or even non existent. This type of training works well for autonomous (advanced) learners who are mature, can identify and fix common errors, and have strong internal motivation.

What we saw in Japan was very clear and evident, and actually blew my mind. While observing the volleyball and basketball bukatsu, we saw zero coach involvement for the 20 minutes we were there. What we did see was an intensity I have never seen in a New Zealand secondary school practice. The basketball athletes were running a full court drill requiring them to sprint with small adjustments in path, holding ball in hand while a defender tried to prevent them from passing. The athletes did not let up, then sprinted back to start the drill again. Skill level throughout the drill was extremely high. This went for about 10 minutes before a very quick transition into the next drill. I don’t recall hearing a coach give instructions or any type of feedback during this time.

The volleyball girls were no different. While they weren’t operating at the same intensity, they were 10+ minutes on the same drill, with a high level of execution and skill level. The dig / spike drill shown below was continuous the whole time with almost zero mistakes made.

This brought about a lot of discussion among the NZ PE teachers on the trip. Many of us (myself included) felt maybe we had been undervaluing massed practice among our intermediate to advanced students, as a way to reinforce skill learning and build mastery. Perhaps a hybrid approach that experiments with more massed practice, even for our cognitive learners. Could we build in some sort of error identification process for those athletes.

It was clear the skill execution from these students was beyond anything I had ever seen before. With this sort of execution, why do we not see Japan performing much higher on the world stage in team sports? [FIFA rank men: 26th, women: 7th; FIBA rank men: 48th, women: 10th; World Rugby rank men: 11th, women: 16th]. This may be a slight assumption / generalisation, but one suggestion was that their emphasis on massed practice and skill development, is at the expense of critical thinking and decision making which is required in complex team sports.

Either way, we know early specialisation is not great for student well-being or even future success in that sport. We also know that the teen years are an extremely important time for our athletes and the make up of these practices during this time period (not how early they start specialising) are crucial for future success. One Kiwi Physical Educator who speaks well on this topic is David Cournane. Check him out on twitter and have a listen to his NZPETeachercast episode 38 where he talks about school sport and the way we support our students.

I want to end on a book released this month by David Epstein. Range: Why generalists Triumph in a Specialized World. This book will go into great depth around the concepts I have briefly touched on toward the end of this post. I loved the Sports Gene, and David Epstein’s TED Talk must be the most shared YouTube link in senior PE around New Zealand! The book is available via Kindle or hardcover, but the Audiobook (if you’re like me and smash out books while at the gym) isn’t released until late June. Check it out team!

Defining flipped learning Lockdown has taught us a number of powerful lessons. One of the biggest lessons I believe we can take away from all…

This term My Study Series is heading to Japan! Starting last year, The Asia New Zealand Foundation has been sending cohorts of teachers to Japan… 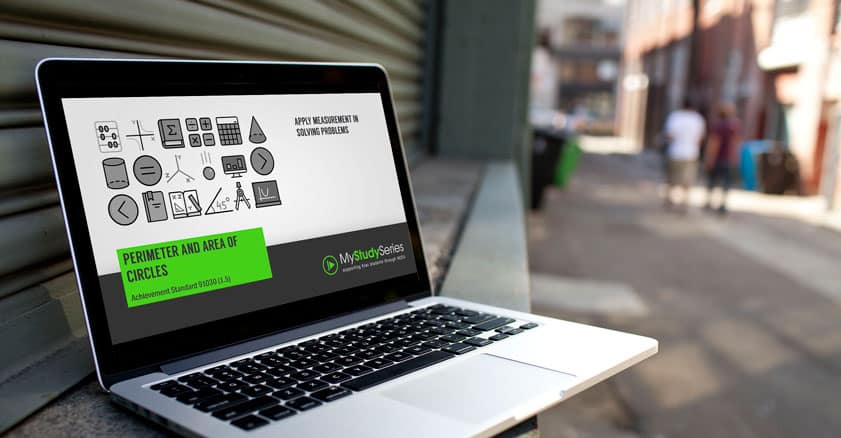 Learning and also teaching is a very personal and often emotional process. Even as educators, we sometimes struggle with our approach, wonder if our lesson…

Here at My Study Series we really advocate for a flipped or blended approach with your classes. For those starting out, this can be a…

Please confirm you want to block this member.

You will no longer be able to:

Please note: This action will also remove this member from your connections and send a report to the site admin. Please allow a few minutes for this process to complete.

You have already reported this
Clear Clear All